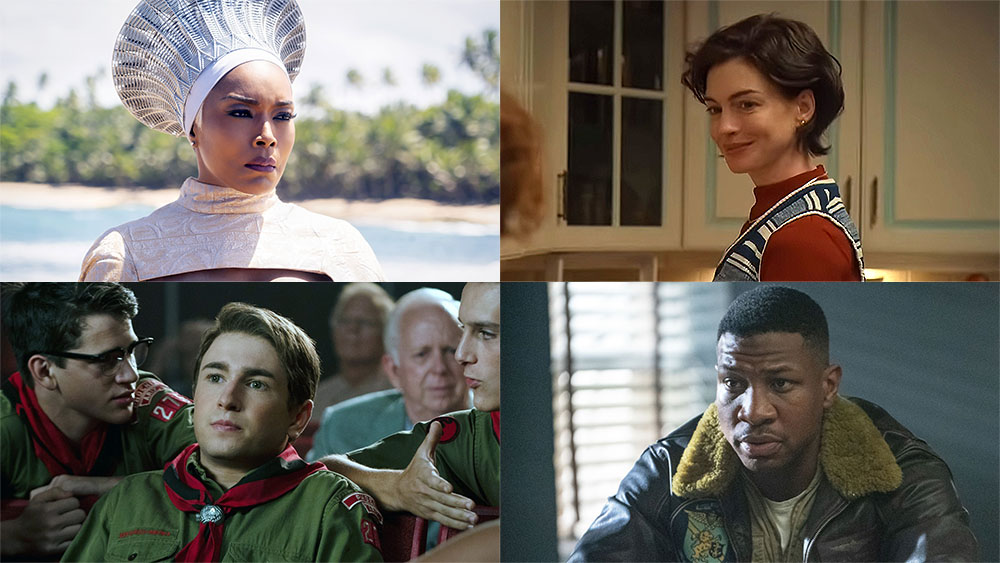 Every actor has their own process for finding and embodying a character, and it is always a challenge — even if, in the case of Black Panther: Wakanda Forever stars Angela Bassett, the actor is playing that character for a second time. Bassett and three others awards contenders this season—including Armageddon Time‘s Anne Hathaway, The Fablemans, Gabriel LaBelle and Devotion‘s jonathan majors spoke with The Hollywood Reporter about their approaches to their respective characters.

In [the first] black panther, some of my costumes were a little simpler — a lot simpler — than in this one. Mother is very proud of her children—very proud of her son, the king, and the way he comforts himself; of her daughter. She’s in a more advisory, sage role, there to the left of him; [she’s] got his back, but more laid-back. In this one, because of the story, of course, Ramonda has to step up with more responsibility and into this role of sovereign and queen and mother and protector of not just her immediate family, but the entire land. And so Ruth’s costumes were much more elaborate. It mirrored that for me.

I mean [in the first one] there was a white [costume], It was almost just like a simple A-line dress with various Wakanda writing, but it was very simple. There’s power in simplicity. But in this one, there were so many different layers. I think that mirrored all the layers of who Ramonda had to step up to be in this instance. Her costumes just fed into that for me. The headdress became more elaborate with the gold on top of the head. I was like, “Oh, you’re just … What next, Ruth?”

Anne Hathaway reveals what it was like to play a character inspired by writer-director James Gray’s own mother in his semi-autobiographical coming-of-age film, Armageddon Time,

The woman that my character is based on died a few years after the events in this film, so I was always very conscious of the fact that I was speaking to James about something that’s tender. I wasn’t just talking about a character and how I would like to play her. It couldn’t actually have that kind of force. It was a character that I was receiving, and I found direct questions were not helpful. I found [myself] asking indirect questions, something that would kind of just stoke the fires of his memory — asking a simple question like, “What would your mom have playing on the TV when she cooked?” He would answer, but then it would lead to all of these other memories because memory is not really linear. It’s atmospheric, and all-encompassing.

I found that if I just tried to get “information” out of him, I didn’t actually think I was doing my job in the way that I was supposed to be doing it this time. I felt like I had to receive the part, allow the script to guide me and then allow James’ memory to sort of color everything. And then, once I had a real understanding of that, just step into it. I remember the first day I had an instinct as her on set. It was a really cool feeling because people talk about the authority of the director or the authority of, in this case the son, the authority that he has that you are playing his mother; James was never really interested in authority. He was more of a co-conspirator. And that’s what it felt like we were doing.

The Fablemans star Gabrielle LaBelle explains the physicality of his performance as the onscreen avatar of his own director, Steven Spielberg, in the filmmaker’s extremely personal movie memoir:

With this film, I changed how I stood – my posture, my shoulders, how I walked. I mimicked Steven’s smile. By the time I’m going through hair and makeup, with the contact lenses, and I’m looking at myself in the mirror with those costumes from the ’60s, it would be like playing pretend as a kid and you’re using a stick and then all of a sudden someone gives you a toy sword. It helps make everything feel real, which is really cool.

Jonathan Majors reflects on the meaning behind Devotion‘s title and his personal connection to the drive that pushed Jesse Brown, the real-life naval pilot he plays in the film: